Following every election of a new administration there is a sense of trepidation of the unknown. The election of Donald Trump as the next President of the United States has brought forth a stream of mixed and swirling emotions. Living in a strongly Republican area of the country I am hearing a lot of enthusiasm for the change that we will be seeing in Washington and in national policy. Personally I have found this state of affairs overwhelming and stressful since I have a variety of concerns and yes, I have to admit fears of what these changes may mean for the core values of the United States that I grew up in.

There is a lot of rhetoric being presented about racism, religious intolerance, voting rights, and other serious issues. One topic that is getting limited press coverage, and I admit falls lower on the survival scale of other topics, is the fate of our nation’s public lands and the agencies and people dedicated to their protection.
Read more »
Posted by Unknown at 10:42 AM 12 comments:

Today I will be speaking with the Non Fiction Writing class at Washington and Lee University. This is the second year they have used my book, A Park Ranger's Life, as required reading for this course. 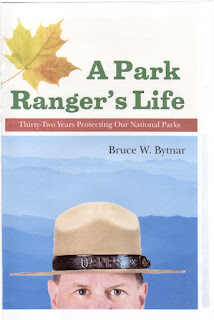 A new article is out in Readers Digest on line outlining 32 secrets for park visitors from park rangers.

Fellow ex park ranger/author Andy Lankford (Park Ranger Confidential) and myself were both interviewed by Michele Crouch for this article. You will find us mentioned at the end in the credits.

A question I received as to why I was interested in being a National Park Ranger.


Being in the outdoors has always been my passion whether it was playing as child or camping and backpacking when I got older.  This was combined with my family visiting National Parks and seeing park rangers with their flat hats being the gods of the wilderness and masters of historic information.  At a very early age when asked what I wanted to be when I grew up, it was always a park ranger.
Sixteen years ago I completed a research project for a thesis on recruiting for National Park Seasonal positions.  One of my discoveries was that most employees working that summer had visited National Parks as a child therefore establishing that awe and inspiration at an early age. This confirmed my own experience.

As most people I had a lot of misconceptions of what it would be like to work as a park ranger.  I had visions of being in the woods all day, leading tours, working with wildlife, etc.  What I found was that there was so much more to it.  So much so, that I wrote a book about that very topic.   A lot more detail on this answer can be found in the book.
Posted by Unknown at 12:48 PM 2 comments:

I just received some questions from a student at George Washington University about Park Rangering.  I thought I would share my answers over a few posts.  I hope you find them of some interest.

As I read on your website, you recently gave a presentation about theft from National Parks. In your opinion, what is the biggest threats facing our national parks today? Is it sticky-fingered visitors? Underfunding? Environmental threats?

The most serious and overwhelming threat is that to our environment. What affects our world directly impacts the resources in our parks. Global warming, air quality, habitat reduction around out parks’ borders are very real and immediate and require universal and regional solutions.

There are also threats to the concept of protected public lands due to political and special interests. There continue to be proposals by individuals, groups, and politicians to turn federally protected lands back to state and local governments. This is often mislabeled as “giving them back to the people.” I would argue that this concept would remove or reduce access to a smaller group with special interests that will make money for small parties at a sacrifice for the rest of us. Examples would include local governments wanting control of federally protected lands so they can be leased or sold for energy exploration or ranching.  Even some lands managed by the National Park Service are drawing such attention.

On the ground level in parks resources are threatened by over use, neglect, and theft or conversion for personal gain. The theft of wildlife, plants, minerals, and historic resources is increasing. Lack of funding means that there are less Park Rangers in the field to protect these resources, monitor damage, and prevent crimes against us all as owners and custodians of our National Parks.

Theft From Our National Parks

Last month I gave a presentation for a Road Scholar Program held at Natural Bridge in Virginia.  The title of the presentations was "Stealing Our National Parks; One Piece At A Time."  In the audience were Wayne and Carla Anderson from Missouri.  They were so interested in the topic of wildlife, plant, and cultural resources from our Parks that they returned home and wrote an article in their regular column for the Columbia Tribune.

Below is a link to an interesting article from the National Park Traveler website.

Due to the increasing retirement of law enforcement National Park Rangers, the number of Rangers in the parks are declining quicker than positions can be filled.  Budget restraints and sequester requirements are also contributing to this issue.

I remember in the early 2000's studies showing that the National Park Service was grossly under staffed in law enforcement.  At that time there were just over 1,500 permanent law enforcement park rangers in the entire system.  On the Blue Ridge Parkway a study revealed that a minimum of 50+ rangers were needed in this one park to be able to perform the job of protecting visitors and resources safely.  I recall that the terms used were related to working safely not efficiently or effectively.  At that time there were 32 positions within the park (2 being located at HQ) and the number has shrunk since then.

For some time managers were concerned with the issue of protection and staffing within our parks. The attacks of 9/11 and the fact that areas under National Park Service responsibility were considered potential terrorist targets resulted in a policy to fill any vacant law enforcement position as soon as possible.  These jobs were not to be lapsed to save funding.  With the advent of sequestered budgets and continuing resolutions year after year, managers have had no choice but to leave vacated positions unfilled for extended periods or in some instances abolished completely.

The possible future silver lining to this cloud is that the situation may lead to opportunities for those looking to join the Park Ranger ranks in the near future.  New budgets are including additional funding to hire seasonal law enforcement rangers in the parks next season.

I would hope that planning will also include filling of current vacant permanent positions and funding for additional park rangers in the higher use and incident areas of the country.  Although seasonal park rangers are essential in many parks, permanent positions result in higher and consistent levels of training and experienced personnel to handle the complexities of protecting our parks in the 21st century.

National Parks Traveler
Posted by Unknown at 8:30 AM 2 comments:

As I used to tell new and seasonal park rangers, "the one thing that most people do not pack for their park visits is their common sense."  Which leads to false senses of security.  Here are some examples of how a park visitor can get themselves in trouble fast.

‘Vacation brain’ can be dangerous for travelers in national parks
Posted by Unknown at 12:40 PM 2 comments:

Even people stealing plants from public lands can become dangerous to Park Rangers and other Land Management Officers.  Here is an example from North Carolina.

“Charges in attack on wildlife officer upgraded to attempted murder”  -from a Greenville, SC news
http://www.wyff4.com/news/2-arrested-after-wildlife-officer-attacked-beaten-on-patrol/32818134

Our Henderson County WRC officer was badly injured after an attack by two un-armed plant poachers.
He was investigating a “parked vehicle”

Hearsay from the neighboring state forest ranger:
Officer deployed his Taser on one, when the second jumped him and took control of the Taser.
The assailants then used the Taser 4-5 times on the officer while beating him. (not sure of that)
The officer maintained control of his firearm by laying on his holster side. (sounds very likely)

Be safe guys!
It’s not all about customer service, be alert!!

Stephen Tillotson
Park Ranger
Posted by Unknown at 9:58 AM 1 comment:

I recently received this email from one of my son's friends who recently read A Park Ranger's Life. You never know the connections that can be made with our fellow humans.  I am humbled to think that the writer felt that reading my book influenced his decision to act with kindness and compassion in a way that may have defused a potentially escalating situation.


I found your insight into dealing with "crazy" people to be helpful in my own life: the other day I was riding on the Boston subway, and there was an agitated and dirty guy sitting in one of the seats. He seemed eager to talk to people in the subway car but everyone was ignoring him, myself included. When a stop came, the woman sitting next to him got off and no one took her seat, despite the fact that the car was packed to capacity. The look on his face clearly expressed that he felt like an outcast. At that point, I recalled the multiple instances in your book in which you mentioned that most people just want a little respect and recognition and that by giving them some respect they feel validated and relax. So, I worked my way over to the seat and sat next to him. We chatted a little bit about the Red Sox and he appeared to calm down. I took this as proof that your insight holds true, and so from now on I will try to extend a small tokens of respect to similarly upset people.


It took some courage for this young man to step forward and extend himself to another.  We often never know what small and random acts of kindness can do.
Posted by Unknown at 10:59 AM No comments:

"A Park Ranger's Life" has received praise from those with backgrounds in our National Parks and readers interested in learning more about our parks and a career as a ranger.

The book has been adopted by universities across the country as required reading for students studying resource protection and park related curriculmns. 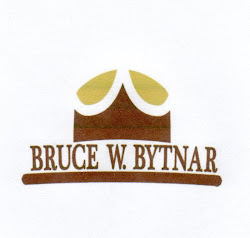 "A Park Ranger's Life" can now be found at the following book stores in Virginia.

- The Peaks of Otter Lodge

on the downtown mall

Order signed or personalized copies from Books and Company located in Lexington, Virginia. To order you can call the store at 540 463-4647. You can also email the store at:

Author Bruce W. Bytnar at the time of his retirement from the National Park Service

You can reach Mr. Bytnar at: